For prototype development, the 4Fs are more important than 3D

Every product starts with an idea. From there, it often goes to the prototype stage. We’ve built a lot of prototypes at bo-mar using metal and laser cutters. Lately it seems everyone is excited about the prospects of developing prototypes with 3D printers instead. But there’s one good reason why I’m not dropping thousands of dollars on a 3D printer … yet. To develop a really good prototype, you don’t need a 3D machine. What you need are the 4 Fs:

Your product is your baby. As a manufacturer or inventor, you’ve thought about it night and day, tweaking it in your mind and on paper. You’ve invested so much time it’s become difficult to see ways to make potential improvements. That’s why the prototype stage is a great time to bring in someone with fresh eyes.

Don’t just hire someone to regurgitate what you’ve given them. All they’ll do is build. They won’t think. Instead, come to the table with as much as possible defined and then talk about it. Talk about the problem you are solving and let the prototype engineers dig in and ask the right questions. Talk about how to improve on the idea. Give your prototype developer the opportunity to solve problems you might not even know exist.

What is functional design? There are a lot of definitions, many involving software development practices. But the same principles apply for manufactured products. Functional design is about making the product work well for the person who will be using it. It’s about looking outside in to determine HOW a product works and WHY it works that way – not just WHAT it is supposed to do. Functional design questions connect to all facets of the idea (shipping, packaging, handling, weight, user experience and much more).

For example, when we created the prototype for a farm implement that we later manufactured, we suggested these design changes to make it the implement function better for the user: 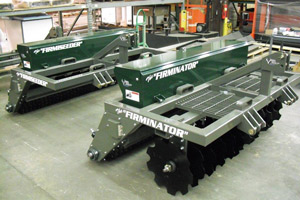 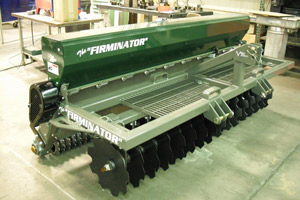 The new design (left) has an enclosed chain system in the side leg and a lower sight higher capacity seed tank. The old design (right) has the higher, less capacity, seed tank and the side mounted chain enclosure which was hanging out on the side and was easily damaged. We enhanced the whole package and made it modular which gave us the ability to build 3 versions that used most of the same components.

Give your prototype developer the opportunity to dream big for you. How could your product be just the beginning of something much, much bigger? By thinking that way, your prototype can allow for modular pieces that will allow for other sizes and additional functionality in the future – with minimal expense or rework. Talk about next generations other technologies coming into play or other customer needs that may need to be addressed. Find a prototype engineer that can help you look ahead. Knowledge can make all the difference.

Naturally, we have to talk about money. The financial sides of creating a prototype are always important because this process isn’t about making one tangible thing. It’s about making a roadmap for mass manufacturing.

Ask your designers how they are going to develop the prototype and why. Be sure to understand the approach and the logic behind the path taken. Talk about the materials chosen. The materials chosen have a great impact on how mass manufacturing costs later. It needs to be able to be manufactured in mass as simply as possible. It is easy to overlook tomorrow when building a prototype for today.

Finally, ask your engineers about often hidden costs such as installation, shipping weight, or how easy it is to repair if needed. The complete financial picture is a key part of prototype evaluation.

The bottom line: Be intentional with prototype design

“Our landscape architecture studio has worked closely with the bo-mar team on a variety of projects over the years. We have found they are attentive, creative, experts in the field, and always have the best interest of the project in mind.”