Another year of the Chevrolet Performance U.S. Nationals has come and gone.  Bo, Mark, and Kelly enjoyed another great year of racing at Lucas Oil Raceway!  Several bo-mar employees and vendors made it out to the track throughout the weekend as well.  After hearing about drag racing for years, and getting invoices and packing slips together for several race teams, Heather (one of our administrative assistants) finally got to experience a night of qualifying for the first time on Saturday! We may not have completely won her over, but she was impressed by the atmosphere (she strangely didn’t appreciate the intense smell of nitromethane though.  Ha.) For the third year in a row, bo-mar fabricated the two trophies for the Traxxas Shootout.  After the shootouts,  we went and got our pictures taken with the winners and their new trophies.  It helps to get in when you make parts for both team winners. 😉  Another exciting moment during the event included Mark and Kelly getting their picture taken with legendary “Big Daddy” Don Garlits.  Mark worked for Don Garlits while Jill was pregnant with Kelly (and for a few months after she was born.)  Also in the picture is Mark’s old roommate (Matt) from his time working for Garlits down in Ocala, Florida! Mark hadn’t seen Matt in over 20 years! What a great weekend of racing and networking! 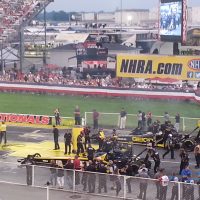 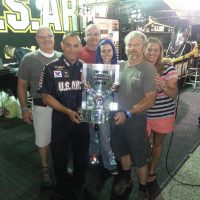 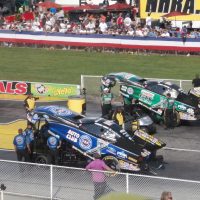 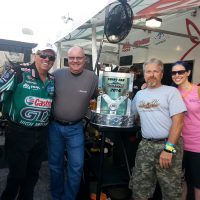 Bo, Mark, and Kelly with John Force–winner of the 2014 Funny Car Traxxas Shootout. 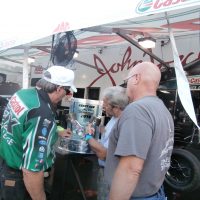 Bo and Mark talking to John Force about customizing his Traxxas trophy. 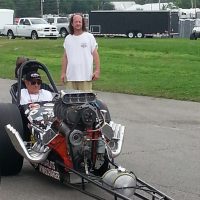 “Big Daddy” Don Garlits getting ready to head to the track for the cacklefest. 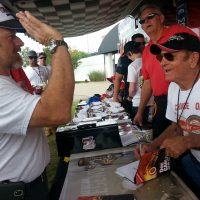 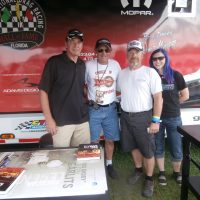 Solutions that exceeded the customer’s vision “We wanted to express our appreciation to bo-mar for their personal participation in the Bridgestone project review. Our customer was very excited with the results of bo-mar ‘s contributions in developing this showroom fixture program. Your guidance with the design engineering on these complex units resulted in solutions that […]